Even in the STEM age, a finance background is crucial

As in most industries, the technology kind of creeps up on you: one day, everyone’s using it. That doesn’t mean people aren’t necessary.

Every industry has its own internal jargon, and the capital markets are not immune from that. You may be forgiven, however, if you have not heard of “Quantamental”.

As you may suss out, the word is a portmanteau of quantitative modelling and the tried and true investing fundamentals. At its core, Quantamental is about combining algorithms and good old human judgement.

Machines can analyse more data faster than any human. But despite our limitations, humans are (for the time being) better able to react to unforeseen circumstances - particularly if they’re rare.

“We know that algorithms are very good at interpolation,” he said. “What happens when you extrapolate, when you are exposed to something you’ve never seen before? That’s the biggest divide.”

A machine gets lost. An algorithm gets lost. They’re not smart enough (yet) to puzzle out how the market will perform in a situation never before encountered by their data-limited brains. A human trained in the fundamentals of investing can bring other knowledge and the intangible that is the human experience.

Muguruza was on a panel called “Quant or Fundamental or Quantamental: A Discussion of the Best Investing Strategies & Their Merits” at the AI4 conference in Manhattan in early March. He was joined by Sally Du, a director at BlackRock; Mike Schuster, Managing Director & Head of AI Core Team at Two Sigma; Vera Silver, Chief Information Officer for Bitvore; and Marko Kangrga, Head of Data Science Innovation at RavenPack.

The conversation, however, will remain relevant for some time to come.

“If you’re relying on one side and not taking advantage of what the other side has to offer, you’re leaving money on the table,” Du pointed out.

Just a few years ago, using artificial intelligence of any sort in finance was limited to the biggest and most adventurous names. It’s much more the norm now, and the leaders in the space are focused on making the models more trustworthy (to themselves and to investors) by working on the data training pipeline and building out the guardrails.

“Currently a lot of research is going in the direction of generating artificial data,” Muguruza said. When the market was hit with GameStop and other “meme stonks” last year, there was no way for the models to understand what was happening. “Even though you have the data, that doesn’t give the answer.”

Schuster said he thought it would be a while before the computers could be completely capable of understanding the market’s behaviour.

As in most industries, the technology kind of creeps up on you: one day, everyone’s using it. That doesn’t mean people aren’t necessary.

“The computer does more and more and it does it better and better, but that doesn’t mean that, for example, Covid or retail-mania or things like that can suddenly (be solved) with a computer,” Schuster said. “It’s going to take a long time before humans are completely out of the loop.”

There are less unusual events that also fall outside the experience of the data sets. Most of the data, Du said, have not seen a period where inflation is rising. Of course, most fundamental advisors were neither alive nor old enough to be investing during the last inflationary period.

“How do we deal with this challenge?” she asked. “You’re feeding data into the model that’s unaware of the states of the world.”

To help bridge the divide between the fundamentals and the quantitative, more STEM people are becoming trained as analysts. If the models are to understand how the market truly moves, those programming and training them have to understand that first.

Building a good fundamental analysis of a company is a given for any investing firm, Kangrga said. “Now we need better data, and better analysis around that data.”

Still, he ventured, it’s probably going to be a good 50 years or so before humans are out of the decision-making process.

As always, it comes down to the quality and depth of the data. The machines and models only know what they know. At this point, they can’t go out and find more data that isn’t available to them, while people may know what they don’t know and where to find it.

The biggest mistake anyone can make with models and the data sets that feed them is assuming they’re stationary.

“Things that were not in the data, you can’t see - that’s just how it is,” Schuster said. “You can’t assume that last year is the same as next year. You have to keep training, keep improving this model.”

The biggest challenge, Muguruza said, is how you blend two very specialised fields — data science and its infrastructure, with mathematics and financial knowledge. 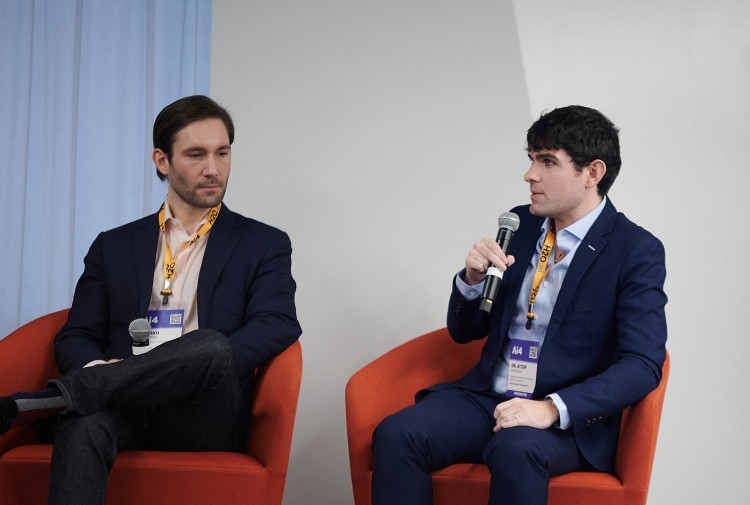 “If you’re trading options, you need to have knowledge of what an option is. You can’t just throw a neural network at it,” he said. “Putting together these two knowledges is the challenge. Clients, too, tend to underestimate how easy it is to build a model and make it work.”

You need the model to learn the economics behind the problem it's trying to solve.

The world is becoming a more complex place, and you need people who can handle the complexity of the data that comes along with that, all the panellists agreed.

But a new survey from the folks who are putting on the Quant Strats conference in New York City this spring shows that even though more firms are increasing their data science capabilities, a background in finance remains paramount.

Of the 100 hedge funds, asset managers, and investment banks on both the buy side and sell side from across the US and Canada who spoke with Quant Strats, 64% said working in financial markets was a top priority for any new employees.

That may be why only 22% of the organisations reported that they used machine learning regularly in their investment decision-making. That may change in the coming few years, as more than half said they had multiple data science teams working on various capabilities.

Thing is, technology itself is not the edge that any firm has — it’s how the technology is integrated that gives them their edge. “Your ability to do that is going to be hard to replicate,” Du said.

Investors are aware that machines are doing more of the work today, but still want to make sure their money is safe. That’s a big part of why human brains still need to be in the mix.

“There is certainly an appetite from investors,” Muguruza said. “It’s something you need to offer to clients if you want to remain competitive in this space.”

Amy Vernon is Kaiju’s Director, Brand & Digital Strategy. A veteran prizewinning journalist, Amy is internationally known as a pioneer in social media and has been interviewed by the Wall Street Journal, The New York Times, and Forbes, among other publications.